Mandolé Orchard Almond Milk is Australia’s first and only single origin almond milk and the only almond milk made by a family of almond farmers.

Every glass of their almond milk is clean and simple containing no more than four ingredients, over 5g of powerful naturally occurring plant protein and over one-third of your recommended dietary intake of healing Vitamin E per serve – more than any other almond milk brand on the market.

They are passionate and committed to growing and producing high-quality Australian almonds and almond milk products with the simplest ingredients for those who care where their food comes from.

In 2006 Jim Arrowsmith and Pete Tonge, both from Chorley in Lancashire, were backpacking around Australia, but couldn’t find a decent pork pie, ‘for love nor money’ so decided to make them themselves! Whilst Jim had some pig farming experience, Pete was a trained chef and they realised they had the right experience.

They built their first factory on a pig far m named Pacdon Park in Bunnaloo, rural NSW by converting a dairy shed into a commercial full functioning kitchen. Jane, now Jim’s wife, grew up a stone’s throw from the boys in Lancashire, England, but a chance meeting brought her into the mix. These days Pacton Park has relocated to a beautiful vineyard on the banks of the Mighty Murray River near the twin towns of Echuca (Victoria) Moama (NSW).

Their ethos is still the same as when they started, to ‘make what we miss’. They use the whole Free Range Pig, sourced from several small farms from the local area, making thier British ‘style’ range, using local ingredients, time and tested traditional methods .

THE ONE THAT GOT AWAY

Barry and Mel Rallis have been Bondi’s premium seafood merchants for 23 years, the proud owners of ‘The One That Got Away’ since 1996.

Barry’s early years as a chef inspired his interest in seafood which led to becoming the resident fishmonger in his family business at 163 Bondi Rd. From here he started supplying seafood to a few local retailers, including us, which has since grown to 90 stores throughout the Eastern suburbs. Waking up every day in the small hours Barry combs the Sydney Fish Markets, using his expertise to select the best of what the sea has to offer that day.

Mel and Barry are also parents to three beautiful children ready to carry on the family business!

Vannella Cheese Factory is a successful family business that first opened in 2004 in Cairns.

The multi award winning cheese maker behind the company is Vito Minoia. He started learning the art of cheese making at the age of sixteen, in a small cheese factory located in his rural hometown in south-east Italy, Conversano. Here he was trained to stretch and mould the cheese by only the use of his hands. He spent many years working in Italy perfecting the art of making cheese until he opened his own business in 1985 which became one of the European leaders in soft stretched cheese.

In 1999 Vito was given the opportunity to introduce the real art of the manufacturing of stretched cheese within Australia. He fell in love with ‘The Land Down Under’ and in 2000 moved here to succeed in the cheese industry.

Luke and his brother Rory grew up wild on the lush South African coast. For the past decade, they’ve gratefully called Australia home. The boys quickly fell in love with the Australian bush and would often embark on camping trips with best mates Tom and Matt.

With a shared passion for health, movement and the outdoors, they needed a healthy and convenient source of protein to fuel their adventures. They looked everywhere for a real food that would do the job, but everything they found was artificial or packed with preservatives and sugar. Not wanting to settle for less, Luke & Rory drew on their wisdom of their African ancestors to dry steaks, traditionally known as biltong.

Steaks were marinated, spiced and hung to dry in granny’s old cupboard. A few days later they could not stop smiling (and chewing!), the dried steaks were such a hit that requests started flooding in. Tying shoe strings together the Barbell business was formed; jobs were soon quit and parents concerned.

They attended local Canberra markets tirelessly, interrupting passersby asking “have you tried biltong before?” until they slowly entered Canberra’s collective consciousness. News travelled until health food stores, gyms, bars, and butchers across the country were seeking out their Barbell steaks.

They have come a long way and the adventure is only just beginning, so watch this space and continue to chew on the good stuff!

The Key Ingredients was born out of Dean & Maria’s love for food. Chef Dean put his years of experience in commercial kitchens towards perfecting tasty, hearty meals for his family. Their mission now is to share this with families across Australia, so that they too can enjoy the same delicious taste of a homemade meal. All made from fresh, ozzie ingredients without the cost or hassle.

“Families love our cooking because it’s unpretentious and reminds them of all their home favourites”.

Caitlin and Stuart Williams, along with their dog Lucy, began Blueberry Greens 13 years ago as newlyweds. Nestled at the foot of the Yarrahapinni Mountain in the Macleay Valley the warm climate and soil type allows them to grow the sweetest variety of blueberry known as Blue Sharp.

In 2003 it was a neglected piece of land with overgrown shrubs. Today it is a thriving blueberry farm with over 8 acres of blueberries under nets. Caitlin and Stuart lovingly care for the blueberries all year round and their efforts have paid off. Blueberry Greens blueberries have a distinct sweetness that set them apart from other Australian grown varieties.

Maloneys Grocer are lucky enough to stock their delicious blueberries October through to March and they are normally on our shelves 48 hours after being picked!

What’s tall, dark, handsome, entertaining and knows its way around a kitchen? The latest sensation in home cooking and entertainment, Vincenzo’s Plate!

Vincenzo Prosperi is an Italian-born food lover and comedian. The concept for Vincenzo’s Plate was devised when his friends and family kept pestering him for the recipes of his homemade Italian dishes. Before long his own YouTube channel was created, teaching the basics in Italian cooking, with traditional techniques learnt from his Nonna. He soon became a YouTube sensation, with ‘Vincenzo’s Plate’ now a mecca for thousands of food lovers everywhere, looking for delicious Italian recipes, travel vlogs and food photography… all whilst being entertained!

Vincenzo has now finally released his exclusive range of ready-made meals: “I’ve taken my traditional recipes, used the freshest of ingredients with no preservatives, to transport you to Nonna’s house, where her quality has no competitors”.

Mulloon Creek Natural Farms have been giving their hens the best life they can since they began producing organic free-range eggs in 2004. As an 100% Australian owned farm based in NSW, they keep less than 250 birds per hectare, so the lucky hens have more space than many other free-range operations.

The farm runs cattle through each paddock before a new chicken flock goes in, to keep the grass down and add fertility to the soil. The birds love scratching around in the manure for tasty bugs, spreading it across the paddock as natural fertiliser. The happy chooks eat a diet of organic feed, shell grit and water, and forage for beetles, worms and grasses. Food and water is kept outside the sheds so they go outside to eat, and the sheds have open bottoms above the ground, so the hens are never locked up. No sitting inside all day for these birds!

The eggs are certified Organic and Biodynamic (ACO) and Human Choice accredited. All profits go to the Mulloon Institute, a registered charity recognised by the UN for important research and training on regenerative agriculture, landscape renewal and rehydration.

The Little Coffee Co. is based in Lawson in the beautiful Blue Mountains. They are a little company who plan to stay small, family owned, and true to their name. The owner Darren Gersbach, takes pride in knowing his customers and caring about them. His mission will always be to source and roast premium Arabica beans and create blends for the most discerning coffee lovers.

Darren has visited plantations in Sumatra, Sulawesi & Panama building relationships with the farmers, observing the process & ensuring he is working with the most ethically sourced beans.

“It’s all about meeting the supplier, meeting them at the source to see their farming processes and how they treat their staff. You’ve got to be face to face and meet the people, then the quality should be tasted in the cup. You’ve also got a story to back it up”. 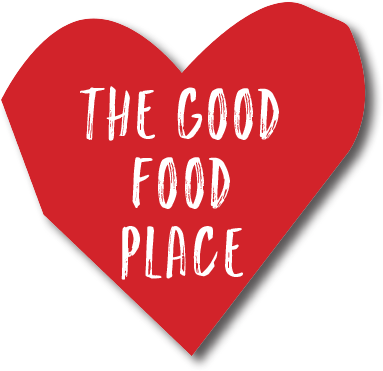